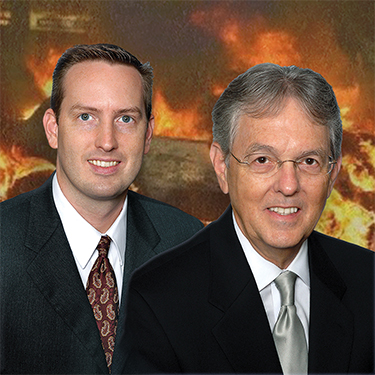 You've been involved in an auto accident. It wasn't your fault. The other party's insurance company has just informed you that your vehicle is a total loss. What now?

First, some rules you need to be aware of. You do have a duty to minimize your damages. Just because the accident was not your fault, does not mean you have no responsibility in the matter. The classic example is when a claimant is haggling over the value of their vehicle and it drags on for months and months. Well, the law does not require the insurance company to provide a rental car during the entire negotiation. Nor does it require them to pay the storage charges if the claimant has not given permission to move the vehicle. Don't get me wrong, you have the red white and blue right to haggle, but for the sake of efficiency and fairness to all parties involved, you must do certain things.

Now, what do you do if you just don't have the money to pay the tow yard? In that case, it is possible for it to make economic sense to simply abandon the vehicle with the tow yard. If the amount the adjuster would deduct for the salvage value is less than the storage costs, then it makes sense to abandon it.

When determining the fair market value of a vehicle, Ohio law has some rules for the insurance company to follow. They are more like guidelines than rules:

The cost as determined from a generally recognized used motor vehicle industry source such as:

The more sources you can find on your own to support the value of your vehicle, the better. Some insurance companies may use the National Auto Dealers Association guide, many won't. Values derived from Kelly Blue Book are notoriously high, so most insurance companies do not give it much credit. I certainly would not recommend drawing a line in the sand based on a Kelly Blue Book value. While NADA can give you a good general idea of value, it's not specific instances of an actual comparable vehicle for sale in your area. For that you would want to use local trade publications, websites such as autotrader.com, and newspaper ads to bolster your evidence of a higher value. Many insurance companies use a service that provides them with a CCC report which the adjuster may try to say is what they must use even though you don't see that in the law cited above. CCC Information Services is a company whose stated goal is to provide our customers improved claims management through better decision-making. A simple idea taken to the highest level of efficiency through innovation, strong leadership and a sense of community. (2) Sounds noble right? Well, it's important to know that the only customers CCC has are insurance companies and they've already settled one multi-million dollar consolidated class-action lawsuit in regards to their total-loss valuation tactics.(3) So take with a grain of salt what the insurance adjuster will want to rely upon as gospel.

Always, and I do mean always, request the adjuster provide you with the total loss evaluation report and review it very closely. Confirm that all vital information such as the car model, mileage, and features are accurate. Incorrect information can have a negative impact on the Actual Cash Value (ACV) of your vehicle. If you find discrepancies, request the adjuster correct it and reevaluate. Also, look for deductions to the ACV for prior damage. If you know there was no damage to the area the adjuster is claiming had prior damage, then that should be a serious point of contention. Pictures of the vehicle before the accident are very helpful, the more recent the better. For that reason, it would be worthwhile to snap some photos of your vehicle every few months or so.

Lets talk about the customized car trap. Just because you spent a small fortune on a customized two-tone paint job, spinner wheels, an pointless spoiler and think it looks really nice, does not mean the rest of the world would agree. In fact, customizing a car will most likely reduce the value because it will appeal to a smaller number of buyers in the general market. And that is the rule to keep in mind when spending money on your car. Improvements that bring the car closer to it's factory specifications add value. Those that don't won't. Repair work on the other hand depends a lot upon how recent the work was done. If you just had the oil changed the day before the accident, your chances of getting credit for that from the insurance adjuster are better than if you had the oil changed four months ago. Remember, regular maintenance is a responsibility that comes with owning a vehicle. The same can be said for repairs such as new tires, radiator, water pump, brakes, etc. The more recent the work was done, the more justified you are in demanding the cost be reimbursed or at least prorated.

If you've hit a wall in negotiations with the adjuster, you may want to consider filing a small claim action. If the value of your vehicle is clearly under the local small claims court limit, simply exercising your right to file a small claims action could put enough pressure on the insurance company to increase the offer. Remember, the insurance company has a duty to defend their insured and would be required to hire an attorney to do so. This can make it more cost effective for the insurance company to pay the disputed amount to you as opposed to hiring an attorney to defend the case and run the risk of having to pay the disputed amount later in addition to the attorney fees and court costs.

Finally, if you've tried all you can to no avail, then sometimes it is best to just wait the adjuster out. Insurance companies know and rely on the fact that most people need the settlement money to get into another vehicle. If you have the ability to forgo the paltry sum they've offered, then do so. The longer your claim is open and the longer it sits in the adjusters cubicle, the more likely they will ultimately see things your way.

What if you really liked your vehicle or it has some sentimental value to you? You do have the right to keep your vehicle, even if the insurance adjuster has determined it to be a total loss. Of course the settlement offer would be minus your vehicles salvage value, because the insurance company would not then have the opportunity to sell it for the parts and scrap. And there are some hoops you would have to jump through in order to be able to legally drive your car on the road again. Those hoops include transferring the title to a salvage title, repairing the vehicle, having it inspected by the State Patrol for road-worthiness, and then transferring it back to a regular title so you can get plates and tags again. It doesn't take much damage to total an older vehicle and if it has been very reliable up to that point and the repairs are minor, it can certainly make sense to keep it. Sometimes it is worth the hassle and sometimes not.

Don't think you can't fight an insurance company on your own. Knowing your rights is half the battle in any situation in life and it is no different when someone has just totaled your car. 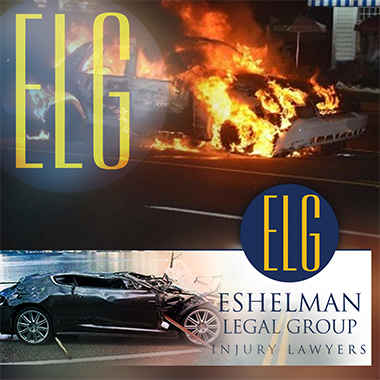 The attorneys at the Eshelman Legal Group have been handling AUTO ACCIDENT INJURY CASES for over 40 years and are well versed in the various Ohio transportation laws.. They also know how to deal with insurance and healthcare companies. If you visit our website at EshelmanLegalGroup.com,  you can see that not only do our attorneys have a proven track record, but your first consultation with us is FREE and you do not pay until you get paid.

If you have been in an auto accident and you were injured due to someone else's negligence, how long should you wait before you contact your auto accident attorney? The earlier the better to tell you the truth, and definitely before you reach an agreement with the insurance company. Not only will hiring an experienced attorney early help you to avoid costly mistakes, it will help you avoid missing any deadlines due to Ohio laws. Different states have different deadlines for filing claims, and you don’t want to miss yours, especially if you need to recover income or expenses from loss of wages or medical bills.

As a General Rule of Thumb, You Should Hire an Auto Accident Attorney Shortly After the Accident Occurs (Within a Week or Two)

The longer you wait, you could risk your case being jeopardized. We encourage you to get expert legal advice to evaluate your individual case. Call the experts at the Eshelman Legal Group in Akron, Ohio for a no obligation no cost first initial consultation.

With over forty years experience, a vast knowledge of Ohio transportation laws, auto insurance and the healthcare industry along with a proven track record in auto accident claims, the Eshelman Legal Group has been helping the injured for over 40 years.

The attorneys at the Eshelman Legal Group in Akron, Ohio understand that no matter how cautious you are, others may not be so careful, and accidents do happen. So we hope you don’t need to, but if you are in a situation where you need the advice of an injury attorney, the Eshelman Legal Group is here to help you. For over 40 years we have been assisting accident victims, and we are here to assist you too... because “We’ll make things right” . 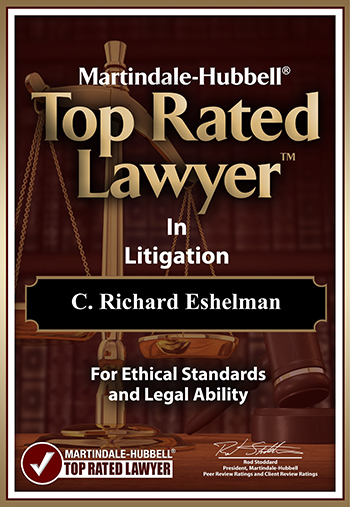